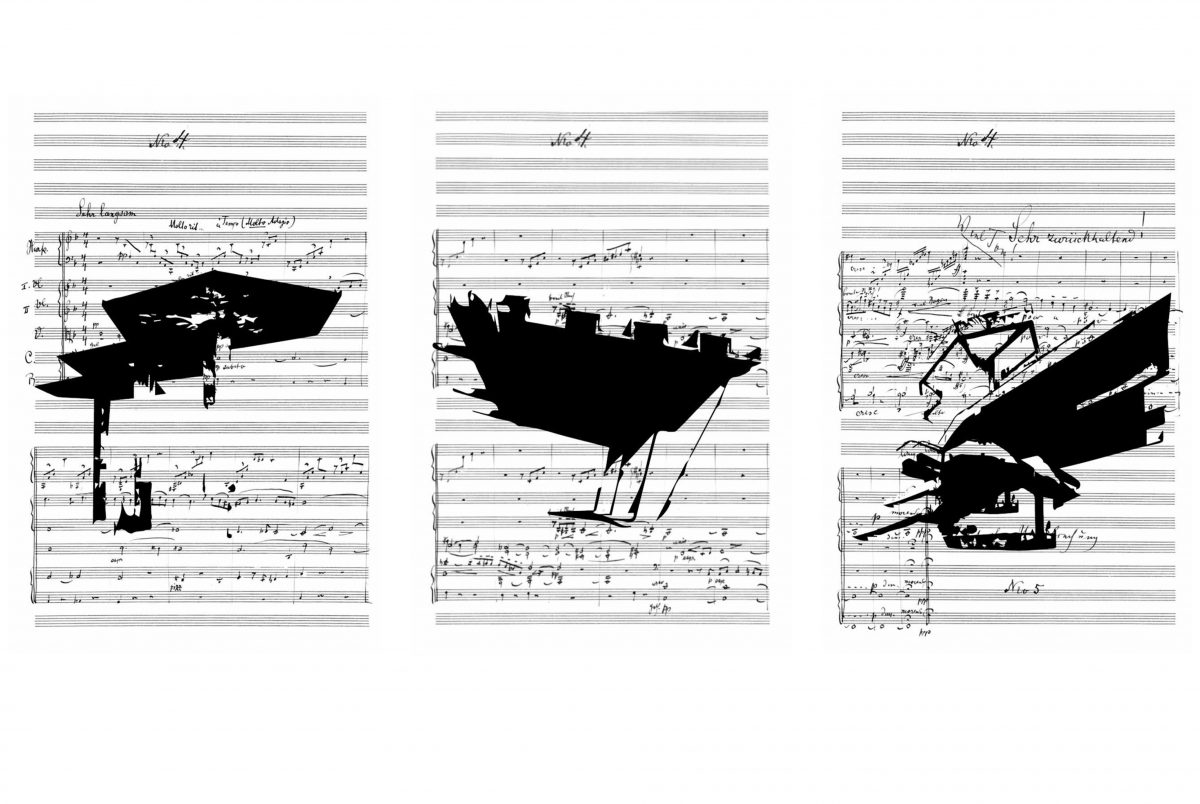 The work titled Zurückhaltend (Restrained) is composed of a series of prints, in which the artist used a hand-written notation of the 4th movement of Mahler’s 5th Symphony. On these, on which he superimposed the contours of the select examples of brutalist architecture, and a video recording of an open piano. The pianist Tadej Horvat is interpreting Mahler’s notation where visible and improvising where the score is concealed by the architecture. To understand this work, too, we need to return briefly to the past. Brutalism is an architectural style, or rather movement, which established itself in the third quarter of the 20th century and introduced the use of reinforced concrete combined with simple geometrical and repetitive shapes. During its rise, brutalist architecture represented a visual manifestation of utopian socialist ideas; with the decline of these ideas in the 1980s and 1990s, the movement was left to ruin; today, its remains are gaining force again as a source of new ideas and solutions. Composer Gustav Mahler was active at the turn of the 19th century and, in his music, he portrayed the contradictions between universal artistic, philosophical and religious ideas. At the time of creation and even decades later, his works did not attract a large audience (allegedly, after the premiere of his 5th Symphony, the composer stated that no one had understood it and he expressed the desire to perform it for the first time fifty years after his death); however, with the development of recording technologies, Mahler’s works became very popular, especially the 4th movement of the 5th Symphony, which was played at Robert Kennedy’s funeral (1968) and included in the score of Luchino Visconti’s Death in Venice (1971). Today, Gustav Mahler is considered a key figure linking the 19th century romanticism and the 20th century modernism in the field of music.
We can conclude that, in the cross-section of architecture and music in the pianist’s interpretation of prints, a (utopian) vision of the future emerges, which has not lost its charm with time; on the contrary, it is experiencing a revival today, in the form of numerous new variations. 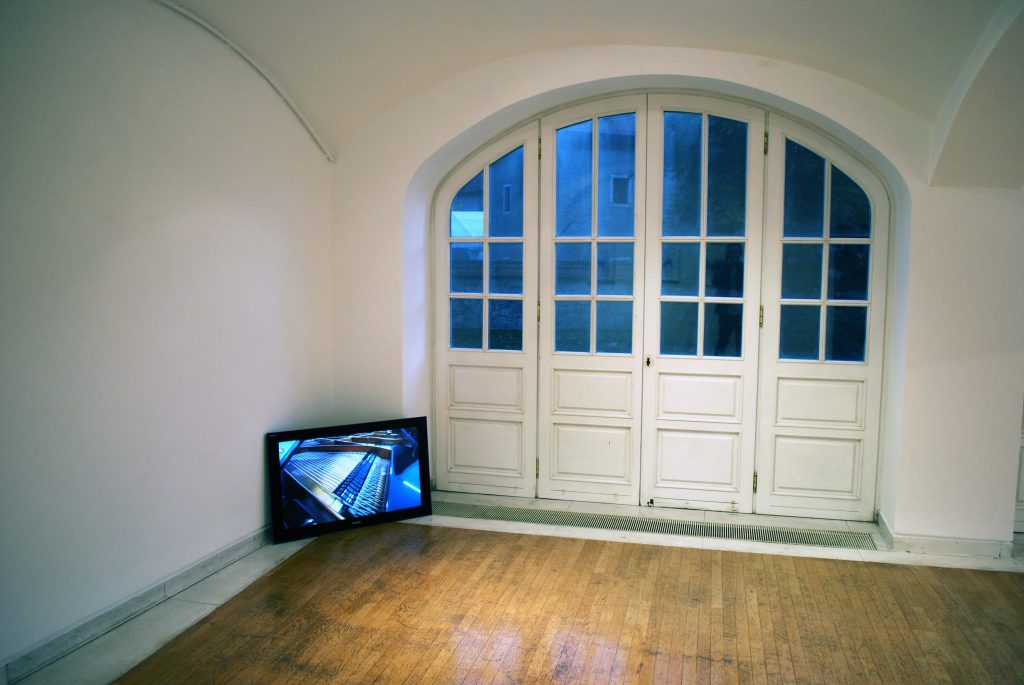 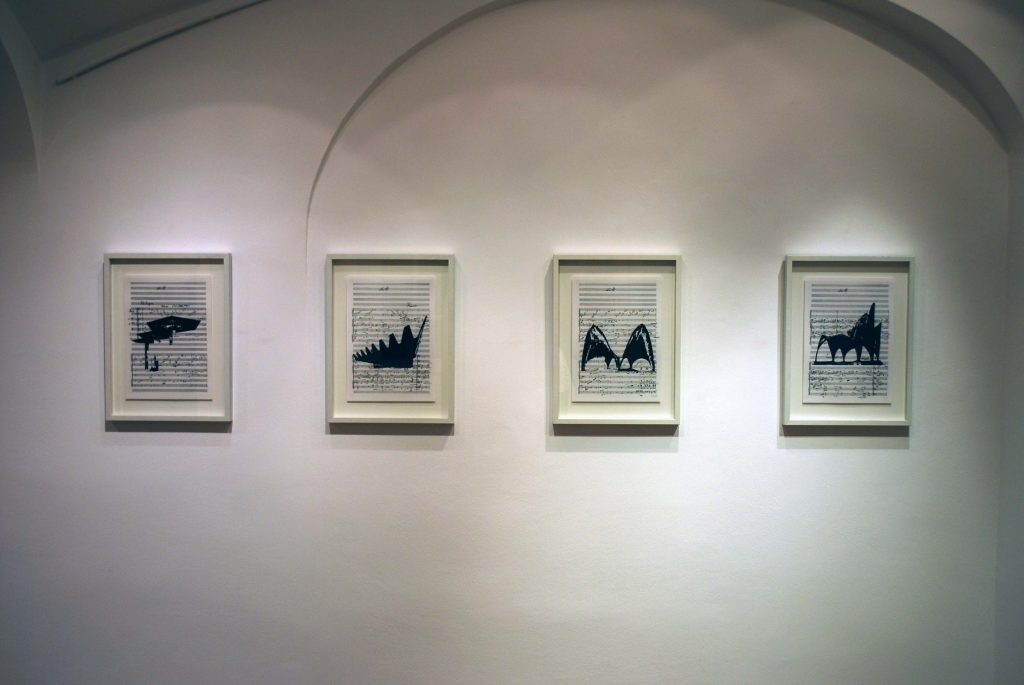 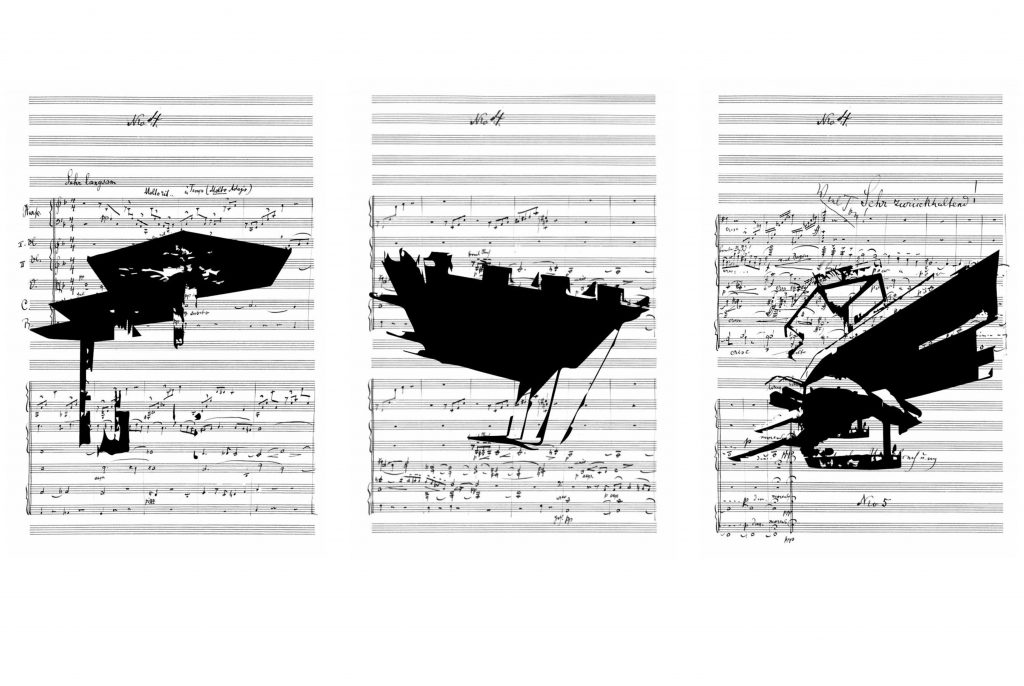