Project called Dennis Likes to Play Tennis, is a multimedia project whose starting point artist found on a trip to a popular seaside resort in Spain. He has installed a body into the centre of the presented works as a place of discipline and pleasure. He has used the game of tennis as a metaphor to highlight the fundamental elements of living within the capitalist system, such as changed forms of social bonds, the demarcated boundary between life and work, constant performativity and competitiveness.

Through the images and objects in the space, the artist shifts the viewer’s position to the time of events as he perceived them in the tourist setting. The series of collages You Said Sun reveals the architectural landscape of the tourist city observed by the artist during his every day run. During his daily routine, he observed the modernist and postmodernist architecture, whose exterior had not changed since its completion – what is changing, however, is its interior and its users. The artist reads architecture like objects, sculptures, individualized constructions, and supplements these with wallpaper patterns and readymades.

In a dialogue with the urban landscape, Beja presents the other side of the tourist goings-on in a longer video. In the video Dennis Likes to Play Tennis, the sandy landscape is temporarily inhabited by random strangers, who are freed from all social norms and have succumbed to momentary physical pleasures. The artist has added a resonance of the strings of the racket and a commentator’s words to the visual image of dunes, sand, palm branches and sunshine, complemented in the sequences by naked male bodies, as well as an audio clip including a woman’s shrieks, moans, thrashing of tennis balls.

The works in the project, among other things, problematize the phenomenon of individualism through an obsession with the body and striving for closeness, which is becoming lost in the contemporary times through a multitude of virtual expressions of connectivity. Recent sociological surveys show that an increase in feeling lonely is a symptom of a highly developed technological society. 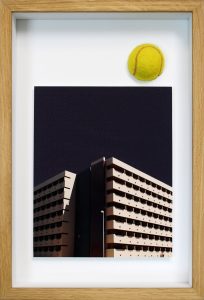 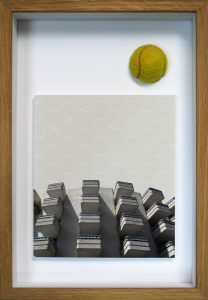 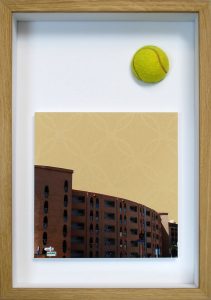 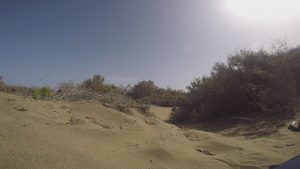 Project was supported by Ministry of Culture RS.