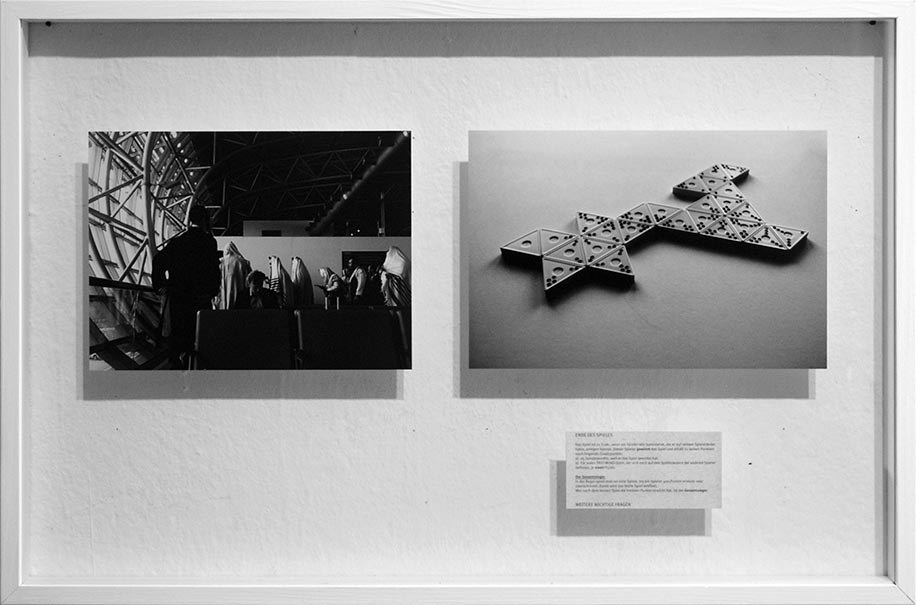 The project »Du bist« thinks the issue of belonging, rituality, and the inevitability of its performativity, and – with it – repetitions of rules set in advance that do not change in the form of signs. Photography as a tool of research, documentation, and classification of the reality of the preparations for a ritual, complements formal solutions made up from a game and the rules, performed with triangular dominos. In both cases I think the pattern and notation as well as categorization of an everyday detail.

The artwork consists of photographs taken at an international airport, a place of the future, where in just half an hour a waiting lounge has changed into a place of a ritual. The images record a performative action of orthodox Jews, preparing fo  their repeatable morning ritual. A sociological pattern is completed with a formal pattern of a board game, especially popular in northern Europe. Like every ritual, like-wise every game has its beforehand set and written rules that we must follow in order to win. The title of the project originates from the game that I used to play at home on the kitchen table, from a simple communication with my counterpart. All of us, integrated into a society, are »du bist«; we follow instructions and comply to rules. We play »du bist«, politely, emplaced into an institutional ritual performative, even though we break the rules and do not want to belong to it. We act on the bases of cultural patterns and habits, in opposition, one against another formally building relationships by the repetition of patterns; helped by words, gestures, materiality and language. 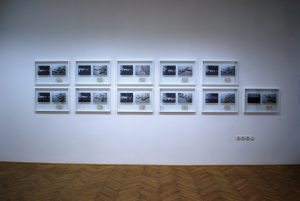 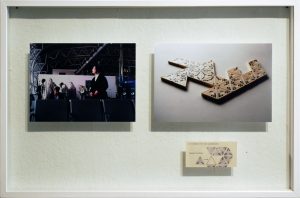 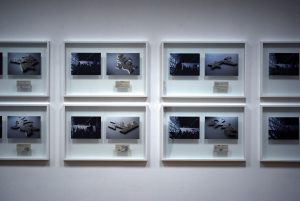