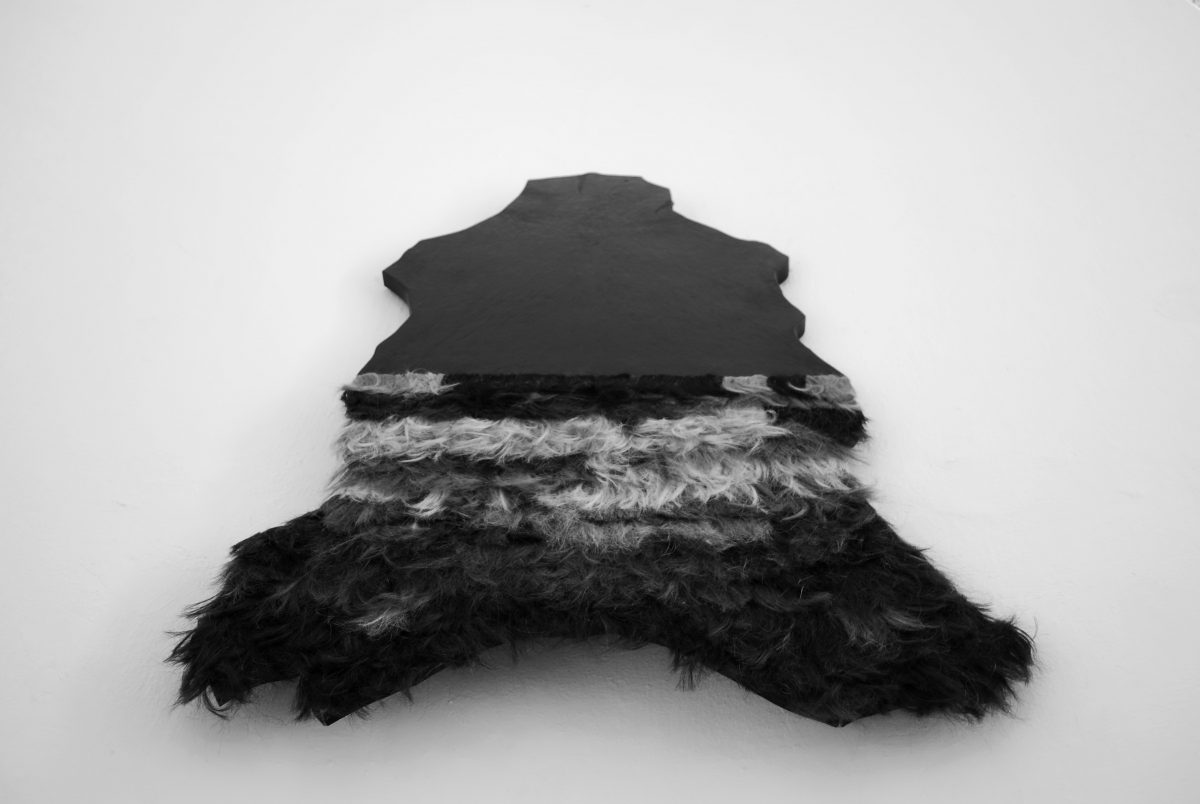 Every regime is founded on victims. The content of the work warns about the covered-up and silenced victims of wars, genocide, the economy, sexual abuse… People are becoming increasingly individual and egoistic beings that can kill, exploit, hide and commit injustice in order to secure a better social and economic status in society. The diptych of hair objects is a metaphor referring to a collective society, composed of different DNA sequences, colours, races, sexual orientation, material wealth and personal experiences.

Despite differing interests, opinions and positions in society, as a collective object we share the same fate of the economic, political and existential crisis – as such we have in a formal sense replaced the once popular hunting for animal trophies.